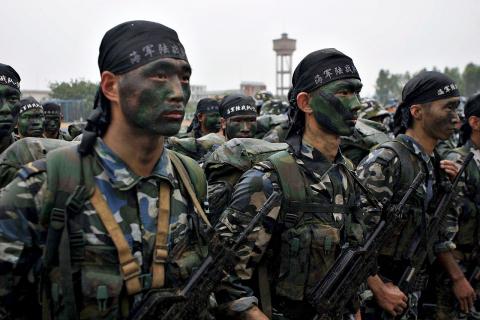 Canadian Prime Minister Trudeau is permitting the housing Communist Chinese troops in British Columbia. Trudeau is also engaged in international organized crime. These have been persistent rumors for years. However, the real proof for these statements is beginning to appear.

Marilyn Rupar and myself have discovered and maintained that the Chinese effectively control the organized crime syndicates of the Sinaloa drug cartel. In fact, as I have just discovered, criminal Communist Chinese and Canadian interests are now controlling the original syndicates that control chemical factories in China's greatly expanding Guangdong province inside of China. As Rupar and myself have also maintained, the Chinese and their drug cartel proxies are shipping narcotics, including fentanyl to Vancouver for the purpose of distribution to the United States.

This organized crime money is laundered in British Columbia's casinos and over-priced real estate market. Inside some of these real estate communities are vast tracts of new and small housing. Whistleblowers are maintaining that Communist Chinese soldiers are being housed in these remote housing developments. This means that the strategy of housing CHICOM troops in shipping containers has changed to residing in housing developments built by laundered drug money. One senior level federal law enforcement agent recently told me that this pattern is the norm and is in use in many communities around the globe.

Trudeau is a partner in the planned takeover of the United States by CHICOM troops, in which most them are Chinese Muslims.

The CSS has also learned, over the past several months that these CHICOMS are not only supported by Trudeau, but they are supported by elements inside the US government. Previously, Marilyn Rupar and myself have exposed the ongoing Humboldt (CA) County operation as a Sinaloa cartel operation in which many companies legally selling marijuana are actually front groups for the cartel. And who controls the cartels? It is none other that the Chinese military. The legal mechanism in Humboldt County is in complete stand down with regard to this organized crime. Every major California Democrat supports the Communist Chinese (eg Pelosi, Feinstein, Harris, Schiff).

The CHICOMS and Trudeau are also aligned with several key politicians, all Democratic Party members, see above, as well as FEMA. FEMA agents, of an unknown number, are being sent into California and terrorizing citizens in communities who have had their power shut off by PG&E, which is a Rothschild owned enterprise. This is one giant beta test for what is coming.

Nearly two million residents and dozens of communities are impacted. Law enforcement agents from FEMA are not bringing food and water, but they are bringing goons with guns. As this story continues to unfold, the true mission imperative of FEMA becomes apparent. In communities with dusk to dawn curfews, they are physically attacking and disabling citizens who dare violate the standing martial law orders.

Residents who have been forcibly evacuated have returned to their homes to find their guns missing. Five years ago, a similar event took place in Canada and the RMCP seized guns of those who were evacuated.

Does anyone else find it suspicious that the repeaters for Ham Radios are gone just before these fires started. It is not difficult to imagine the following scenario in a dot connecting scenario. Any citizen defense in the face of these occupying thugs would need Ham Radio. This, plus taking down the grid under false pretenses is the equivalent of removing command and control prior to invasion.

The Fight For Freedom Has Begun - Canada Awakens

Does Canada Have a Secret COVID-19 Quarantine Camp in Manitoba?