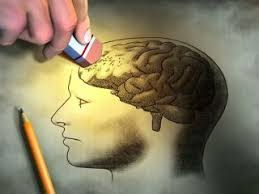 The 60 souls that signed on for Dr. Alain Brunet's memory manipulation study were united by something they would rather not remember. The trauma of betrayal.

For some, it was infidelity and for others, a brutal, unanticipated abandonment. "It was like, 'I'm leaving you. Goodbye," the McGill University associate professor of psychiatry says.

In cold, clinical terms, his patients were suffering from an "adjustment disorder" due to the termination (not of their choosing) of a romantic relationship. The goal of Brunet and other researchers is to help people like this — the scorned, the betrayed, the traumatized — lose their total recall. To deliberately forget.

Over four to six sessions, volunteers read aloud from a typed script they had composed themselves — a first-person account of their breakup, with as many emotional details as possible — while under the influence of propranolol, a common and inexpensive blood pressure pill. The idea was to purposely reactivate the memory and bring the experience and the stinging emotions it aroused to life again. "How did you feel about that?" they were asked. How do you feel right now? And, most importantly: Has your memory changed since last week?

The study is now complete, and Brunet is hesitant to discuss the results, which have been submitted to a journal for peer review and publication. However, the participants "just couldn't believe that we could do so much in such a small amount of time," he confides.

"They were able to turn the page. That's what they would tell us — 'I feel like I've turned the page. I'm no longer obsessed by this person, or this relationship.'"