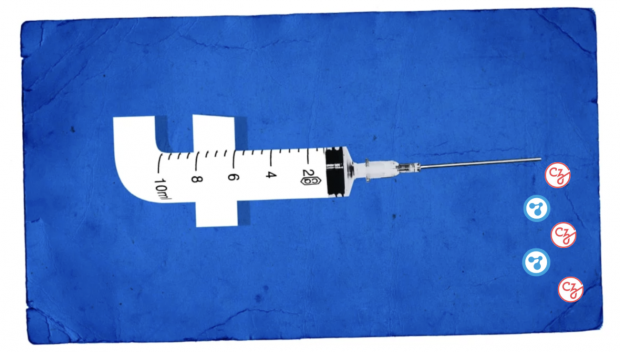 How many of you saw Florida Congressman Bill Posey grill Facebook CEO Mark Zuckerberg on the company's vaccine censorship directives, during a House Financial Services hearing just two weeks ago?

In case you missed it, Posey said: "I support vaccinations of children and adults, but I also support open and frank communication about the risks of vaccination…".

Posey told Zuckerberg. "You testified that you believe in giving people a voice. Is Facebook able to assure us it will support users' fair and open discussions, and communications about the risks as well as the benefits of vaccinations?"

Zuckerberg said anti-vaccination users on Facebook have the same rights to expression as others, and their views aren't censored.

Not censored? Okay. But, Zuckerberg also went on to say that anti-vaccination voices on Facebook aren't publicized, either.

"If someone wants to post anti-vaccination content or they want to join a group where people are discussing that, we don't stop them from doing that," said Zuckerberg. "But […] we don't go out of our way to make sure our group recommendation systems show people or encourage people to join those groups. We discourage that."

In other words, for Zuckerberg and Facebook, some views are more equal than others.

"Many of the people harmed by this policy are, in fact, parents with disabled children, and I don't think we, or you, should be so quick to turn our backs on them. If you look at the statistics, I think you're making a bad mistake."

In addition to the company's censorship announcement this past March, Facebook recently announced two updates. In September, the company stated it was "starting to roll out more ways to connect people with authoritative information about vaccines," in the form of intrusive pop-up windows.

If that wasn't cause enough for concern, just this week—along with announcing its record earnings of $6.1B for the quarter—the company rolled out a new feature called Preventive Health. Via this downloadable add-on, Facebook will proactively suggest users get flu shots during flu season, and will direct users to federally qualified locations nearby that offer flu shots.

Facebook promises to only ask for users' age, gender, and details about location tracking. Only personnel with permission will be able to access the collected data, according to Facebook's head of healthcare research Freddy Abnousi, MD.

Let's put some pieces together: Facebook will censor you if you speak 'wrongly' about a product with known potential dangers, produced by a historically-questionable industry. Plus, Facebook is attempting to funnel users directly to pharmaceutical product distribution centers within their cities. At least there are no penalties for noncompliance…yet.

Perpetual revenue streams secured. Marketing risk mitigated through censorship and legislation. No legal blowback. Why not get in on the action?

The Priscilla Chan Initiative (a limited liability company, not a nonprofit foundation) is funded wholly through Zuckerberg's Facebook shares. It invests $3 billion to 'eliminate diseases.' Vaccine development is a crucial component.

CZ Biohub's website states its purpose is "to push forward on vaccine development." It plans to use "advances emerging from structural biology, machine learning, and computer-assisted protein design [to] adopt 'machine learning' strategies to develop powerful computer programs" that will probe clinical data for failures, as well as issues with drugs, and vaccines.

Hold that thought. There has never been a study comparing vaccinated vs. unvaccinated populations of children for long-term health outcomes (including the constant absence of Gold Standard, double-blind placebo-based safety trials). Wouldn't it make more sense to use CZ Biohub's expertise and advanced technological approaches to lay the foundation for real vaccine safety science?

Why doesn't CZ Biohub lead by example? Why doesn't it show the community how proper science is done, before building this next-generation vaccine initiative on an already scientifically weak foundation?