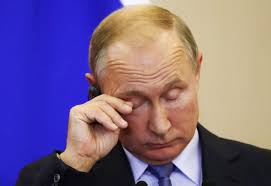 If there is to be peace in Syria, it will be largely due to the patient efforts of Moscow employing deft negotiation, backed up as needed by military force, to shape conditions conducive for a political solution to a violent problem. If ever there was a primer for the art of diplomacy, the experience of Russia in Syria from 2011 to the present is it.

Like the rest of the world, Russia was caught off guard by the so-called Arab Spring that swept through the Middle East and North Africa in 2010-2011, forced to watch from the sidelines as the old order in Tunisia and Egypt was swept aside by popular discontent.

While publicly supporting the peaceful transition of power in Tunis and Cairo, in private the Russian government watched the events unfolding in Egypt and the Maghreb with trepidation, concerned that the social and political transformations underway were a continuation of the kind of Western-backed "color revolutions" that had occurred previously in Serbia (2000), Georgia (2003) and Ukraine (2004).

When, in early 2011, the Arab Spring expanded into Libya, threatening the rule of longtime Russian client Moammar Gadhafi, Russia initially supported the creation of a U.N.-backed no-fly zone for humanitarian purposes, only to watch in frustration as the U.S. and NATO used it as a vehicle to launch a concerted air campaign in a successful bid to drive Gadhafi from power.