> The Fed Is Working From A Position Of Fear - Freedoms Phoenix 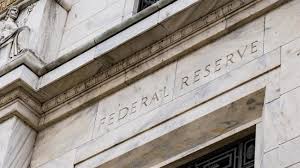 The stock market keeps hitting new highs and employment reports continue to look good. President Trump and central bankers at the Fed like to point to this and tell us that the economy is doing good.

Despite the fact that the economic data is deteriorating. Despite the fact that corporate earnings are falling, it is the Fed that is pushing this market to new highs by cutting interest rates, by indicating to the markets that they don't have to worry about rate hikes no matter what happens with inflation. The Fed's not going to raise interest rates. Oh, and by the way, they're doing quantitative easing, and they're going to print as much money as they have to keep the markets going up and to keep the economy propped up."

In a recent article published at the Mises Wire, Ryan McMaken adds another layer of analysis. He says that despite the Fed's positive rhetoric, it's actually worried about liquidity and growth. In fact, McMaken believes it is operating from a position of fear.

The Federal Reserve lowered its benchmark interest rate on Wednesday, cutting the target federal funds rate by 0.25 percent to a range of 0.5 to 0.75 percent.

The Fed's rate-setting committee, the FOMC, has now cut rates three times this year. The committee's rhetoric around the rate cut was the usual routine. The committee's statement indicated that "the labor market remains strong and that economic activity has been rising at a moderate rate." But the official statement says something similar nearly every time the committee meets. So, there is no information here to suggests why the committee is cutting now versus all the other times the labor market is "strong" and economic strength is "moderate." 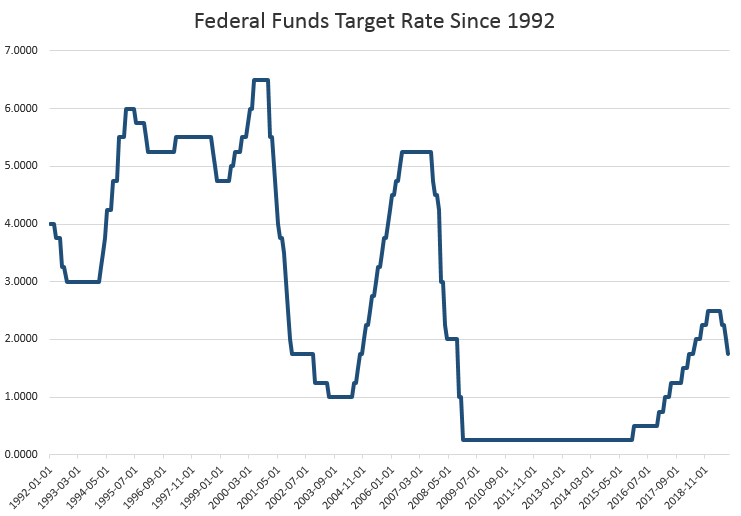 Two members of the committee voted against the cut: Esther L. George and Eric S. Rosengren.

Rosengren voted against the measure because he wanted a bigger rate cut. George, like her predecessor Thomas Hoenig at the Kansas City Fed, is relatively hawkish — although not the extent Hoenig was.

Thus, George noted in response to the rate cut: "While weakness in manufacturing and business investment is evident, it is not clear that monetary policy is the appropriate tool to offset the risks faced by businesses in those sectors when weighed against the costs that could be associated with such action."

In other words, George recognizes that, yes, there are downsides to expansionary monetary policy.

Although the Fed statements offer no insights, the fact the Fed continues to cut rates suggests it is working from a position of fear about the true strength of the economy. Although jobs data continues to point to expansion, a number of other indicators look less rosy. The Case-Shiller index, for example, has fallen to 2-percent growth and appears to be headed toward zero. We have seen a similar dynamic since 2006. Moreover, new housing permit growth has been negative (year-over-year) in six of the last ten months. Tax receipt data has also been weak, with seven out of the last ten reported periods showing negative year-over-year growth.

The Federal Reserve Is The Cause Of The Bubble In Everything

He Knows You Know That They Know...