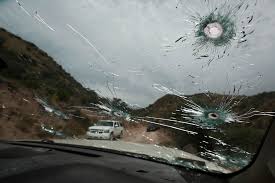 Option 1. Have the Mexican military crack down even more fiercely than it already has during the past 10 years of fierce military drug warfare.

The problem with this approach, however, is that it has already led to the deaths of hundreds of thousands of Mexican citizens, made the mountain of official drug-war corruption within the Mexican government even higher, and converted much of the country into a hell-hole of drug-war violence.

Option 2. Send in the U.S. military and the CIA into Mexico.

Just be prepared for the deaths of countless Mexican children, wedding parties, and thousands of other innocent people, as the people of Iraq, Afghanistan, and Yemen will attest.