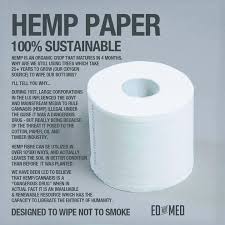 While the western world has cut back on paper usage with the development of technology, toilet paper is one area that cannot be improved – or can it?

Before toilet paper was mass-produced, rich people would use hemp, wool or lace for wiping. Poor people used leaves, hay, rocks, seaweed, husks, or anything else that they could find lying around. Sometimes they would revert to stepping into the river where going and washing was all wrapped up into one.

In 1857, Joseph C. Gayetty invented the first commercial toilet paper in the United States. His product was made from Manila hemp and the sheets were moistened and soaked in aloe. Sold as medicated toilet paper, they were sold in flat sheets in a 500-pack, priced at 50 cents. For the next 10 years, Gayetty marketed his product as an alternative to using scratchy paper from leaves and catalogs.

In 1867, the Scott brothers took this idea and began manufacturing dry toilet paper from wood chips, a cheaper alternative.