> How Roku Will Profit On the Streaming Wars - Freedoms Phoenix 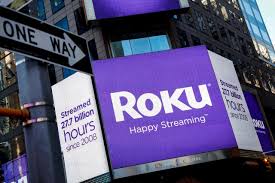 Streaming TV platform Roku (NASDAQ:ROKU) reported third-quarter earnings this week, and this November is an important month for video streaming. Apple launched Apple TV+ at the beginning of the month, and Disney's Disney+ will debut in less than a week. Those are two high-profile service launches that Roku hopes to benefit from as an agnostic tech platform. Investors have been trying to figure out how to feel about those services -- shares tanked in September when Apple announced the aggressive price point of just $5 per month for Apple TV+.

During the earnings call, management provided quite a bit of commentary regarding the streaming wars and how the new services will contribute to Roku's business.

Cannonball Research analyst Vasily Karasyov asked if services like Apple TV+ or Disney+ might hurt the ad business, as they could nudge engagement toward subscription services instead of ad-supported channels like The Roku Channel, which has been crucial to growing advertising revenue.

CEO Anthony Wood dismissed the concerns, saying that anything that drives overall engagement on Roku's platform is good, particularly as more streaming services should accelerate the ongoing shift of eyeballs -- and ad dollars -- from linear TV to over-the-top (OTT) platforms.