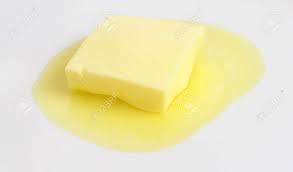 Late last month, the Farm-to-Consumer Legal Defense Fund (FTCLDF)—a nonprofit membership organization that advocates on behalf of independent farmers, artisanal food producers, and their consumers, and that counts me as a board member—sued the Food and Drug Administration (FDA) to overturn the agency's wrongheaded, illegal, decades-old ban on the interstate shipment and sale of raw (unpasteurized) butter. The Raw Milk Institute, Weston A. Price Foundation, and FTCLDF helped to fund the lawsuit.

FTCLDF filed suit along with Mark McAfee, a California member who founded Organic Pastures Dairy Company, which sells raw butter in California and which would sell outside the state—if only the FDA allowed them to do so. As the lawsuit notes, FTCLDF members across the country are in the same boat as Organic Pastures; they want to sell raw butter across state lines but cannot do so legally thanks only to the FDA.

The suit, filed in U.S. District Court in Washington, D.C., asks the court to compel the FDA to amend its regulations, which currently prohibit the "transportation of unpasteurized 'milk or milk products' across state lines, to explicitly exclude unpasteurized butter from the prohibition."

Government agents seized $181,500 in cash at airport and won't give it back