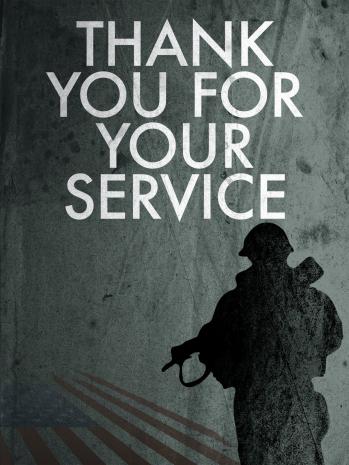 Veterans Day should be renamed.

It happened once before. Veterans Day was originally termed Armistice Day. It commemorated the signing of the armistice on November 11 that ended fighting on the Western Front in World War I. But because the "war to end all wars" didn't, Armistice Day was renamed Veterans Day after World War II. President Eisenhower signed the legislation making the change on June 1, 1954.

Since the first U.S. invasion of Iraq in 1991, and especially since the U.S. invasion of Afghanistan and Iraq after 9/11, Veterans Day has taken on a new meaning: Military Appreciation Day. Although there are other national holidays (Memorial Day and the Fourth of July) that have degenerated into Military Appreciation Days, Veterans Day is the ultimate day to celebrate all things military.

Churches have "patriotic" services on the Sunday before Veterans Day where veterans and active duty military are encouraged to wear their uniforms to church, military anthems are played, the names of veterans are listed in the church bulletin, veterans are recognized and applauded during the Sunday morning church service, the church sign has the Scripture on it replaced with something about the military, and more prayers than usual are offered for "the troops." Some churches show a video tribute to the troops, have a military color guard march down the main aisle to open the service, or have a military chaplain as the guest preacher.

But above all, everyone in the country is bombarded with exhortations to find a veteran and say: "Thank you for your service."

I can see the point of thanking a waiter or waitress for their service because they actually served me, but the same is not true of a veteran of the U.S. military. Those in the military do many things, but serving me or any other American is not one of them.

How were Americans served when veterans fought unjust and unnecessary wars?

How were Americans served when veterans went to countries they had no business going?

How were Americans served when veterans obeyed immoral orders?

What Could Possibly Go Wrong? 'Superhero Vaccine' in Development