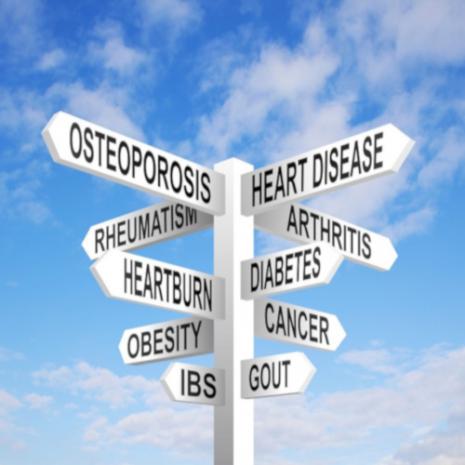 According to the U.S. Centers for Disease Control and Prevention (CDC), six in ten adults in the U.S. have a chronic disease. Four in ten adults have two or more.

Aside from personal hardships and tragedies, chronic illness poses a genuine risk to the economic stability of the United States. According to a recent report by Fitch Solutions Macro Research, total direct costs due to chronic diseases reached $1.1 trillion in 2016, and indirect costs were $3.7 trillion.

The U.S. Department of Health and Human Services (HHS) has concluded that if these problems are not effectively addressed now, they will only magnify.

Hippocrates famously said, "Let food be thy medicine and medicine be thy food."

Yet the focus of National Institutes of Health and The U.S. Department of Agriculture strongly suggests a better understanding of how nutrition can heal Americans isn't a priority…not by a long shot.

A recent article from Politico titled, How Washington Keeps America Sick and Fat states, "the federal government has devoted only a tiny fraction of its research dollars to nutrition…Studying the relationship between diet and health is such an afterthought that Washington doesn't even bother tracking the total amount spent each year."

After reviewing the federal budget documents, Politico found, "the National Institutes of Health and the Agriculture Department — the two agencies that fund the majority of government-backed nutrition science — share of research dollars devoted to nutrition has stayed largely flat for at least three decades, and pales in comparison to many other areas of research."

Predatory Pharma outspends all other industries in lobbying. Meanwhile, there is no major lobbying force behind boosting nutritional research funding. America's sick-care, pharmaceutical-product based 'health' paradigm appears rooted, driven, and amplified by the lobbying efforts of corporate interests.

These bottom-line profit-driven service-to-self types are happy to let accurate information about nutrition and the harms of their products die on the vine, to protect other industry cronies from implication.