> Forbes: How The IoT Enables Pushbutton Regulation From A - Freedoms Phoenix 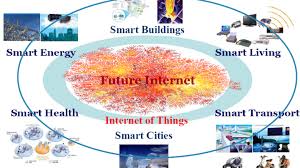 As hackable as Alexa, Jeep Cherokees and credit card services are over a public Internet not designed for security, the networked gadgetries enabled by the Internet of Things (IoT) continue to dazzle. An overwhelming number of them will be on display again in January at the 2020 Consumer Electronics Show (#CES2020).

The primary vulnerability of the IoT is not hackers, though, but IoT policy.

Technology that overcomes "market failure" in the provision of goods and services should enable the reduction and streamlining of regulatory burdens. Instead it sometimes threatens to foster the expansion of government power.

That is, the same IoT that animates objects can also mean instantaneous nanny-state regulation from a distance—of drones, vehicles, buildings, social media use, schooling and more.

Well, the society fancying itself on the verge of flying cars may face helicopter government instead; assorted bureaucrats clicking and swiping from afar, using the IoT to control the IoT.

Professors Donate To Democrats Over Republicans By A 95:1 Ratio, New Study Finds