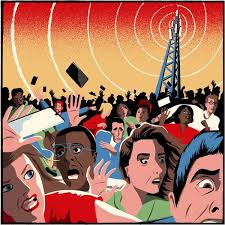 Described by HP as "blazingly fast," 5G, which is 70 times faster than its predecessor, 4G, "will replace cable internet for good," allowing you to download a two-hour high-definition movie in three seconds flat.1

5G is also being touted as necessary to enable the development and proliferation of self-driving cars and other future technologies. However, as noted in a May 2019 Forbes article,2 robocar designers are not, in fact, relying on 5G for their development, and the cars themselves do not actually need that kind of bandwidth to perform the required functions.

While "blazingly fast" 5G might sound attractive to many who have grown up in the internet era, there are significant health and environmental concerns relating to 5G radiation that are not being properly addressed, which may have profound implications both in the short and long term.

If increased internet speed and reliability are the end goal, then fiber optic connections would be a far better (and safer) way forward. Indeed, we need more wired connections and fewer wireless ones as it is. With 5G, microwave radiation exposures will so massively increase, there's no doubt in my mind that mankind will eventually end up regretting its shortsightedness.