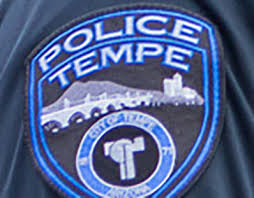 A Phoenix TV station reported that the police would give the people they targeted free soft-drink coupons for Circle K as a reward for their "good driving behavior." Police in other areas have run similar programs in recent years but the TV news report on Tempe's plan spurred a torrent of testy Tweets:

"Keep your hands on the wheel and don't make any sudden moves while you are being rewarded, it could cost you your life."

"We gunned him down…. well, he refused to stop for his coupon. Self defense. Case dismissed."

"Um, WHAT?!? They better not stop me for driving legally cause that's illegal! #harassment"

"Cops to profile for illegal immigrants under the guise of campaign to promote good driving."

"There goes probable cause right out the window. Police state 101."

"I would get a panic attack. My reward for driving well is not dying. That's all I want."