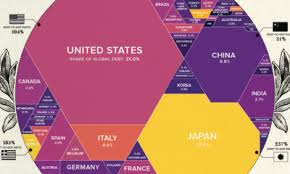 "With few signs of slowdown in the pace of debt accumulation, we estimate that global debt will surpass $255 trillion this year," the IIF said in the report.

The surge was driven by a $7.5 trillion surge in the first half of the year which was used to reverse the global slowdown that sent stocks into a bear market in 2018, and which shows no signs of slowing. Around 60% of that jump came from the United States and China. Government debt alone is set to top $70 trillion this year, as will overall debt (government, corporate and financial sector) of emerging-market countries.

The total debt breakdown as of Dec. 31 is as follows:

And this is what the total debt picture was like at the start of the century, 20 years ago...

Paul Joseph Watson torches everything in his latest video