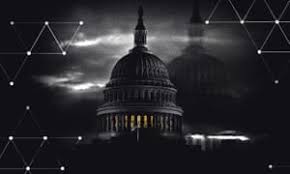 The lifers at State are the same ones who executed a coup in 2014 against Ukraine's government and threw out the elected president Victor Yanukovych because he tilted to join a Russian-backed regional customs union rather than NATO.  State's diplomatic lifers are old hands at coups. Now they're at it at home, right here in the USA.

Ever since the Maidan Revolution of 2014, they have worked sedulously to exert control over Ukrainian affairs. And they especially can't stand that the recently elected president Zelensky declared that he wants to improve his country's relationship with next-door-neighbor (and ex-sovereign) Russia. The occupant of the White House, Mr. Trump, had often expressed a similar interest to improve the USA's relations with Russia. State would prefer to amp up a new cold war. Mr. Trump has some nerve interfering with that!

The lifers at State also have something to hide: their exertions to connive with Ukraine government officials they controlled to interfere in the 2016 US presidential election in favor of their former boss, Mrs. Clinton. The current impeachment spectacle is an attempt to pitch a smokescreen over that embarrassing mess, which includes the CIA's and FBI's efforts to blame Russia for their own illegal interventions in the 2016 election — the heart of the three-year impeachment narrative. The Joe-and-Hunter Biden affair is the left anterior descending artery in that heart.