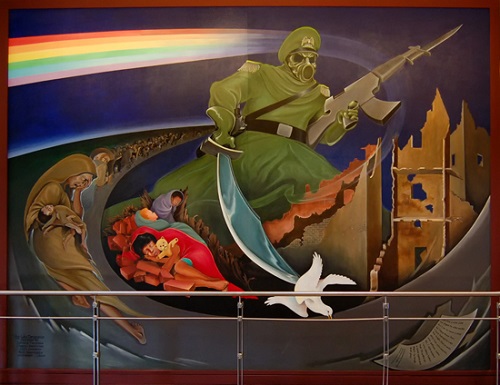 In the early 1900's, the Rockefeller Foundation and the Carnegie Institute were deeply involved in promoting Eugenics laws in the US. These laws led to the forced sterilization of over 60,000 American citizens in states like California and thousands of rejected marriage licenses. The Eugenics programs in the US were only a beta test though, as the Rockefellers then transferred their programs over to Germany under Hitler and the Third Reich in the 1930's, where a true widespread eugenics-based population control program was introduced.

The targets of population reduction were based on ethnic background, but also "mental intelligence" and economic status. The Carnegie Institute even established a "Eugenics Records Office" called Cold Springs Harbor Laboratory in 1904, which collected genetic data on millions of Americans and their families with the intent of controlling their numbers and erasing certain traits from the US population. The Cold Springs Harbor Laboratory still exists today and presents itself as a kind of philanthropic endeavor to help humanity.

Public knowledge of the globalists and their population control agenda was carefully swept under the rug in the US after the exposure of Nazi programs post-WWII. The word "eugenics" became a very ugly one and all the effort the elites put into promoting it as a legitimate science was ruined. However, they were not going to give up on their precious ideology.