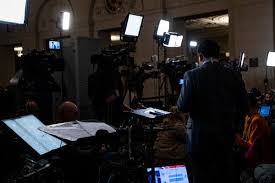 The move came after a vigorous internal debate at the agency over how to proceed with an investigation of allegations contained in the complaint, according to sources familiar with the matter.

According to the report, an FBI agent from the Washington field office reached out to whistleblower attorney Mark Zaid (The
'Coup has started' guy who loves going to Disneyland alone), who declined comment for the article.

The request from the FBI comes at a sensitive moment when Republicans on the House Intelligence Committee are making repeated efforts to "out" the whistleblower in order to suggest he may have had political motivations hostile to the president when he filed his Aug. 12 complaint with the intelligence community's inspector general.

It also comes after multiple threats have been made against the whistleblower and his lawyers — some of which have been separately passed along by the lawyers to other officials at the FBI. But the agent who sought to question the whistleblower made no reference to the threats as the purpose of the interview, according to sources familiar with the discussions. -Yahoo! News

Yahoo suggests that an FBI interview will "introduce a new wild card into the debate over whether to impeach the president over his Ukraine dealings."