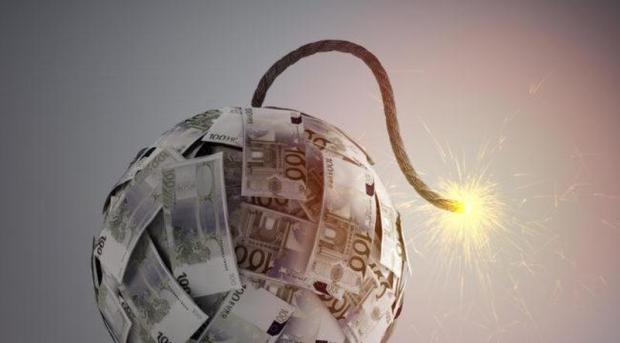 The level of government debt around the world has ballooned since the financial crisis, reaching levels never seen before during peacetime. This has happened in the middle of an unprecedented monetary experiment that injected more than $20 trillion in the economy and lowered interest rates to the lowest levels seen in decades. The balance sheet of the major central banks rose to levels never seen before, with the Bank Of Japan at 100% of the country's GDP, the ECB at 40% and the Federal Reserve at 20%.

If this monetary experiment has proven anything it is that lower rates and higher liquidity are not tools to help deleverage, but to incentivize debt. Furthermore, this dangerous experiment has proven that a policy that was designed as a temporary measure due to exceptional circumstances has become the new norm. The so-called normalization process lasted only a few months in 2018, only to resume asset purchases and rate cuts.

Despite the largest fiscal and monetary stimulus in decades, global economic growth is weakening and leading economies' productivity growth is close to zero. Money velocity, a measure of economic activity relative to money supply, worsens.

We have explained many times why this happens. Low rates and high liquidity are perverse incentives to maintain the crowding out of government from the private sector, they also perpetuate overcapacity due to endless refinancing of non-productive and obsolete sectors t lower rates, and the number of zombie companies -those that cannot pay their interest expenses with operating profits- rises.  We are witnessing in real-time the process of zombification of the economy and the largest transfer of wealth from savers and productive sectors to the indebted and unproductive.