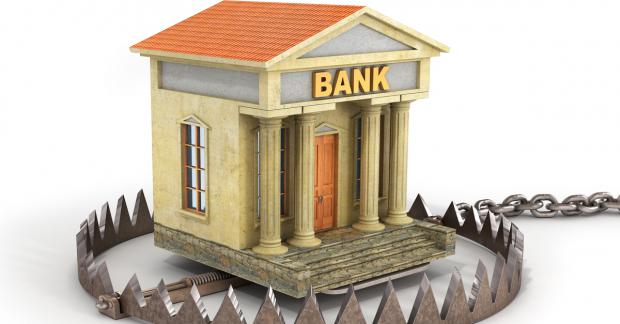 Lebanon, Zimbabwe, and India are just a few of the countries to deal with centralized restrictions on access to money in recent times, but anyone that's ever had to so much as wait in a long line at the bank knows that when it comes to your money, the more direct and immediate the control, the better.

Recent headlines involving major banks have showcased a fact perhaps few would like to face: when it comes to your money in the bank, the bank ultimately has the final say. Roelof Botha, former CFO of Paypal, announced on Twitter Monday that his 20-year banking relationship with Bank of America had been abruptly cut short by the institution with no reason given. One commenter bit back at Botha by saying the same thing happened to him with Paypal, and noting the problems with both centralized institutions stated:

"Your livelihood, subject to the mood swings of unknown strangers."

In other news, mega bank HSBC is coming under fire with critics for supposed political motivations in closing a corporate account used to support the protest movement in Hong Kong. South China Morning Post reports that the Prime Management Service Ltd account has been raising funds for Spark Alliance HK, to help with legal, medical and aid services. HSBC would not comment on the individual case, but noted: "If we spot activity differing from the stated purpose of the account, or missing information, we will proactively review all activity, which can also result in account closure."