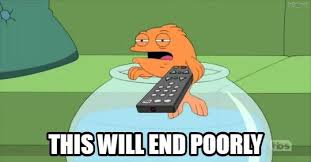 On the trade war front, there seems to be a lot of conflicting information and continual yo-yoing between pessimism and optimism. The Chinese seem less confident while White House economic advisor Larry Kudlow says a deal is close.

Peter said he thinks China is posturing for negotiations.

If you're negotiating with somebody, you don't want to admit that you're close to a deal. You want to say that a deal is far away because that way you can try to extract more concessions from the other side and get a more favorable deal. So, I think when you hear the comments from China, that's what the Chinese are trying to do."

But Peter said he thinks President Trump has a different agenda.

Not Ready For Economic Collapse: Only 41 Percent Of Americans Have $1000 To Cover An Emergency

The Corporate Debt Bubble Is A Train Wreck In Slow Motion

Are Housing Markets Still Clearing Out the Trash of the Last Bust?