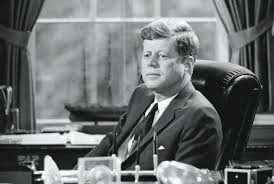 The official story is that a lone nut named Lee Harvey Oswald, without any motive, committed the assassination. During the past several decades, however, the overwhelming amount of circumstantial evidence, much of which was intentionally kept secret, points to a national-security regime-change operation to oust Kennedy from office and elevate Vice President Lyndon Johnson to the presidency.

That was the purpose of my best-selling book several years ago, The Kennedy Autopsy, which was a synopsis of a watershed five-volume assassination book entitled Inside the Assassination Records Review Board by Douglas P. Horne, who was a staff member of the ARRB in the 1990s.

The ARRB was the agency that Congress called into existence to enforce the President John F. Kennedy Records Collection Act of 1992, the law that required the CIA, the Pentagon, the Secret Service, and other federal agencies to disclose assassination-related records that such agencies had insisted on keeping secret since the day of the assassination. The law was enacted in response to the public outcry produced by Oliver Stone's movie JFK, which posited that the assassination was a national-security regime-change operation carried out by the U.S. national-security establishment. At the end of the movie was a blurb pointing out the national-security establishment's continued secrecy with respect to its assassination-related records.