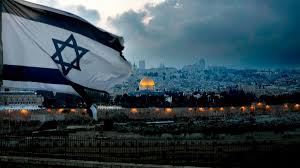 Initially small in number, the settlements rapidly grew across the occupied Palestinian territory.

Today, around 620,000 Israeli settlers live in over 200 settlements, roughly 11 percent of the total Jewish population in historic Palestine.

The transfer of population into occupied territory is a clear violation of International Humanitarian Law and the Fourth Geneva Convention.

All Israeli settlements in the occupied Palestinian territory are considered illegal under international law.

The impact of the settlement enterprise is vast. Roadblocks, checkpoints and other infrastructure designed to protect settlers, such as segregated roads, severely limit Palestinian movement.

Meanwhile, the appropriation of land and water sources for settlement use leads to a loss of livelihoods for farmers, and limits the urban development of Palestinian towns and cities.