> Going to Court Without a Lawyer Is New Normal for U.S. - Freedoms Phoenix 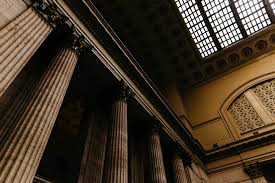 Asset Recovery Solutions LLC had sued Winston for unpaid debt in what she saw as a clear case of identity theft. She couldn't afford an attorney so she defended herself. What followed was months of tripping through a bewildering legal maze.

"You're finding yourself trying to know what question to ask," said Winston, a 53-year-old medical assistant who lives in New York.

Americans are guaranteed legal counsel in criminal cases. But when it comes to civil suits, they're not. Many go without because they can't pay for it and, like Winston, they're increasingly representing themselves -- with unequal outcomes. Just one in four civil defendants has a lawyer, down from nearly all of them in 1992, according to a 2015 study, its most recent, by the National Center for State Courts. The number of litigants without lawyers has continued to rise in the four years since the report, according to a dozen experts interviewed for this story.

A fair shot at justice is a bedrock value of the American legal system, yet litigants who represent themselves against attorneys are unlikely to win their cases or settle on beneficial terms, according to Bonnie Hough, an attorney at the Judicial Council of California, the rule-making arm of the state's court system. This reinforces the reality that America is split into two camps -- the haves and the have-no-lawyers.

China's Gold Hoarding: Will It Cause The Price Of Gold To Rise?

Why Laws Against Hate Speech Are Dangerous