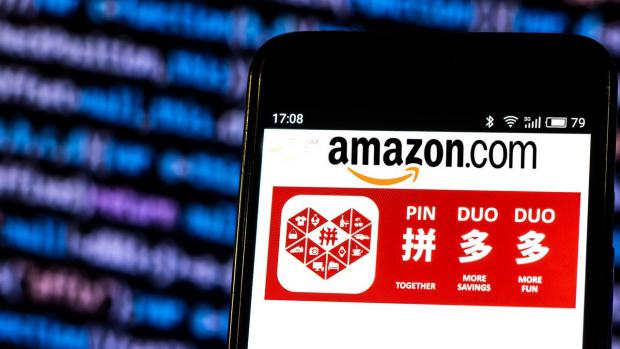 Amazon knows the US consumer is quickly deteriorating, and western markets will likely stagnate in the early 2020s. A recent investor call revealed the e-commerce giant's forecast revenue and profit for this holiday season would be below expectations, setting up a pathway for depressed consumer activity in the quarters ahead.

To get ahead of waning consumer demand in the US, Amazon is rushing to re-establish itself back in China after it closed its Chinese marketplace in July, sources told Reuters.

Amazon is expected to open a store on the Chinese e-commerce platform Pinduoduo on Monday. The company is expected to increase its efforts to sell goods to Chinese consumers via its global platform.

Reuters notes that Alibaba and JD.com have dominated the e-commerce marketplaces in China. It was only four years ago that Pinduoduo was able to get a slice of the action in lower-tier cities.

The source told Reuters that Amazon's Pinduoduo store would carry goods from abroad.

Amazon is making a push back into China as the government modifies its economy from an export-driven model to a consumption-driven economy. The move will likely transform China into one of the largest consumer markets in the world, in the next several years.