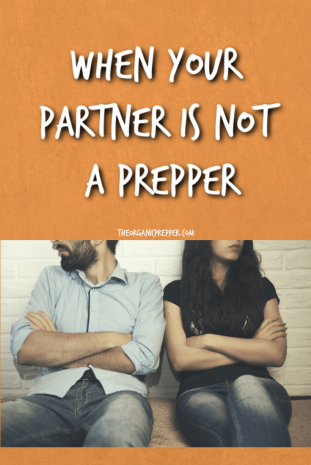 After wondering what had happened and how I ended in a 3×3 bedroom in a city 4000kms away from home and my parents, broken, sleeping over a mattress on the floor and jobless, the answer is, I (maybe) chose poorly a few times in my life.

I´m not blaming anyone else, to make things clear. It was I who made the choices, and the only responsible.

And I have paid enough for my mistakes.

The original plan was if someday we had to leave our house in the city, to evacuate and head for our cottage.

Pets, kids, everyone. But things were not so easy. First, there was a real danger of borders being closed, and we would be trapped in a like-jail country. That risk, according to what I have been analyzing is less nowadays. I was quite more paranoid those days, and reasonably. Our wages were reduced to oblivion with inflation so high that in less than 5 or 6 months we were not buying but a quarter of the supplies and the rest had to be covered with the product of my second job.

There were employees of the oil&gas and electric power industry imprisoned under false charges of "treason to homeland" because they just ran away of their jobs, unable to feed their families and themselves with those miserable, slavish wages. Nowadays, I doubt they pay attention someday to a low-level employee after the entire country is close to explode in a civil uprising as never seen in the last two centuries.

It´s almost like that, but imprisonment process has been by destroying the economy and with a corrupted gang making tons of money selling papers and passports to flee the country.

Fear can disrupt even the most well thought out plans.

That said, I must clarify there was an additional variable. The immediate family of my wife was already outside the country. Had I been with no family, I could have go to my cottage, and keep working online, and now my guerrilla garden would be world class. I can see now, my partner, no matter how much I wanted to believe she was on board, reality was different. We could have at least tried, but personal desires were in the middle of the family needs. Frustrated needs originated poor, emotion-driven choices that prevailed over the general welfare of the family. It´s painful to see that bugging out and speeding our retirement plan was never an option in her mind and that our family integrity was not a priority. I am sure that much of that has been decisive in my dark mood of these last months. But it is not the only hard-to-control, emotionally affecting event I have faced. There is another…component involved, so to speak. And it´s fear.

Fear was an important part of this, I have to acknowledge. It led in my case, to disregarding lines of thinking that would have allowed the most adequate finance-wise decision. Even if these decisions implied a setback in our careers. Mine is either way in a total halt now after I thought it was going to start again. It seems I´m qualified for a different industrial environment to the existent here and I'm starting to wonder if my experience time is not working against me. Fear is something to be afraid of. I remember the story (a recent one, indeed) where a family felt an explosion nearby and ran to the shelter…spent several weeks inside, living off the stockpiled food…until one of the children died by food poisoning. The explosion was a train with chemicals passing by. All of the farm animals were dead, because of the abandon. A real tragedy, if you ask me.

SEE ALSO: How to Convince Loved Ones to Prep (and When to Give Up)

I could have come back with some extra cash, cut expenses, repair our car and try to live a simpler life in our OWN place. No rent. No water bills but a high quality, underground river top quality supply. A small power bill, almost insignificant (grid power failures in town do affect us, but my plan was to have solar backup anyway and our needs are not that much, just a TV, lights, a small fridge and sound system at night. Albeit being tropic, it´s cool enough during the day to take a power nap after lunch without a fan. Fresh fruit, poultry, and eggs. Beans. Plantains. Tapioca Root. Corn. Tomatoes. Onions. Rabbits. Cucumbers, and whatnot. Our pets would have been much better. Without all the harm done to the (now extinct) integrity of the family. Allowing our elder members to enjoy quality time with their one grandson. All of these could have been achieved if our possibilities had included to stay put and bug in according to the original plan.

We had the means to do so, but on my side, fear of remaining trapped was the motivation to flee. I don´t think it was a good choice now. Financially speaking there were plenty of investment opportunities in projects that would have allowed to come through the first few months, and they would be submitting net profit by now. I did the math. Remember, I´m an engineer. Our living expenses would have been minimal and our life quality would have been great. My health would be optimal, and not affected, or maybe it would but with less strong effects. Just by having proved myself that it was doable, and taught our kid how to set up a productive entrepreneurship adventure even under a critical environment, and getting ahead…it was worth the effort.