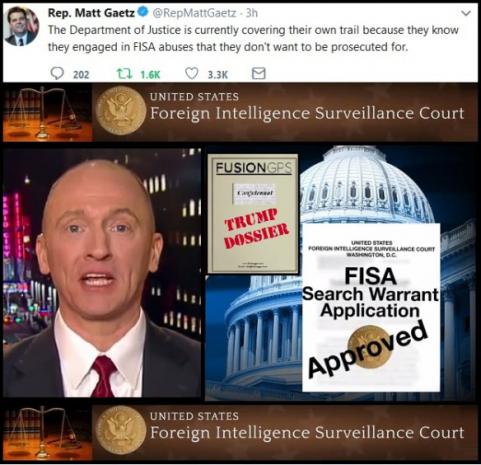 Authored by Sara Carter via SaraACarter.com,

-FBI officials concerned that FBI lawyer Kevin Clinesmith's tampered and altered documents to obtain Foreign Intelligence Surveillance Warrant will put into question all the evidence gathered to obtain the warrant.

-Other FBI officials will be wrapped up into Clinesmith's warrant tampering. Who approved the warrants?

-Criminal Defense Attorney David Schoen says FBI failed to make immediate correction of any materially false statement or any material omission. "Clearly no such correcting submission was made here."

-Clinesmith was anti-Trump and removed from the Russia investigation.

Department of Justice Inspector General Michael Horowitz's anticipated report will reveal that the Foreign Intelligence Surveillance Application warrant was tampered with but the significance of that cannot be understated. It means that Horowitz's discovery will discredit the bureau's handling of its investigation into President Donald Trump's campaign and Russia during the 2016 presidential election and it could make any information discovered during the course of seeking approval for the FISA and after 'fruit of the poisonous tree'," according to numerous sources who spoke to SaraACarter.com.