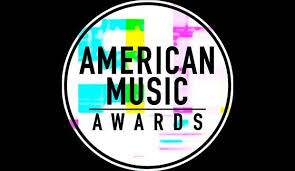 Shake it off, ABC: While Sunday's American Music Awards (AMAs) declined to a low in the key ratings demo, the annual special avoided its smallest-ever overall TV audience. That, despite featuring even more Taylor Swift than last year.

The 2019 AMAs posted a 1.75 rating/7 share among adults 18-49, down a bit from last year's 1.82 rating — the awards show's previous record low. Of course, both years round to 1.8s if going out to one decimal place, so whether it matched 2018 or fell shy depends on how deeply you look into things.

Last night's celebration of pop music drew 6.733 million total viewers, up 2% from the prior year's 6.585 million.

Unfortunately for Swift and all the night's other honorees, Sunday was again dominated by football. That's just how it goes.

NBC was first in ratings with a 4.2 rating/18 share in the advertiser-coveted 18-49 demographic and in total viewers with an average of 15 million, according to preliminary numbers. Those numbers were the Nielsen averages from NBC's 90-minute pregame show, "Football Night in America," and the primetime NFL game itself.