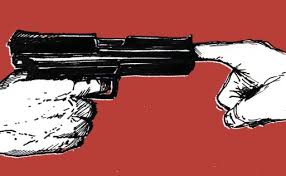 What about Switzerland? In that country, most everyone owns guns and keeps them in their homes. The Swiss people are among the best-armed people in the world. Interestingly enough, no one, including the U.S. government, ever jacks with the Swiss by invading or regime-changing Switzerland. Switzerland also never has any problems with tyrannical regimes rising to power within the country. Switzerland also has no chronic terrorism problem, like the United States does, and therefore has no need to wage a "war on terrorism."

In fact, there are two things going on here that are not going on over there in Switzerland: the drug war and foreign interventionism.