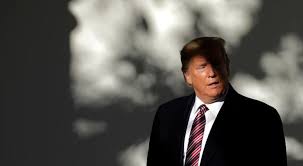 CNN's resident lunatic Brian Stelter went above and beyond his regular whackery Sunday, wheeling out a 'cult expert' on his "Reliable Sources" show, who claimed that President Trump is a "destructive cult" leader, a la Jim Jones, and that he is using "mind control" to direct supporters.

Stelter introduced Steven Hassan, author of a book titled The Cult of Trump, claiming that many prominent figures (read 'CNN talking heads') have been suggesting recently that Trump's America first movement is 'cultish'.

Hassan claimed that Trump supporters are "not being encouraged to really explore and look at the details and arrive at their own conclusion."

"Much of what they're hearing is emotionally driven, loaded words, thought-stopping, and thought-terminating-type clichés." he added, citing "fake news," "build the wall," "make America great again."

The NYT: Enemy of Peace, Equity, Justice, the Rule of Law and Press Freedom