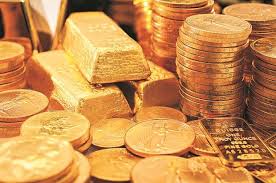 "The gold symbolizes the strength of the country," Glapi?ski told reporters.

He noted that the country could generate multi-million dollar profits if it sold its gold reserves, although there are no plans to do so.

Glapi?ski said the Polish central bank will continue to bring its precious metal home if the "reserve situation is favorable."

Poland has also been aggressively increasing its gold reserves. The National Bank of Poland added 100 tons of the yellow metal to its hoard through the first half of 2019. In a statement announcing the plans earlier this year, Glapi?ski said he was "proud" of the moves.

We managed to increase the strategic reserves of gold and take steps to repatriate a large part of Polish gold to the country. By implementing our constitutional, statutory and simply patriotic commitment, we not only build the economic strength of the Polish state, but also create reserves that will safeguard its financial security. This is the global trend, but also the expectation of Polish society."