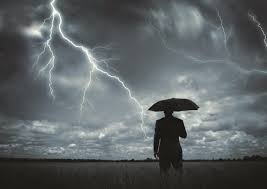 Gross is echoing what central bankers and government officials in many G7 countries are warning about at the moment: the stimulus isn't working as a synchronized global slowdown continues to gain momentum.

He said gains in stocks and bonds could be depressed next year as central banks have figured out that ultra-low interest rates aren't the prescription to fixing structural issues.

Fed funds futures aren't pricing in interest rate cuts until next summer. The most recent FOMC minutes show the Federal Reserve is likely on-hold with already three rate cuts since July. Gross said the Fed isn't expected to use negative interest rates when the next recession strikes.

He also said stimulus from the 2017 Tax Cut and Jobs Act (TCJA) has already worked through the system and has now become a fiscal drag. "To retain the 1% boost that it provided to the economy . . . the deficit needs to expand by another $1tn or else the economy expands by 1% less," he said.

Gross touched on politics with Ablan. He said the 2020 political environment would produce volatility for financial markets.