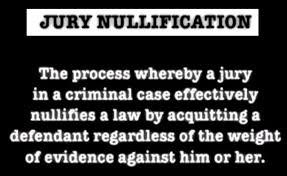 The federal charge against Warren? Giving water, food, and medical treatment to immigrants who illegally entered the United States by crossing the Arizona desert.

Their aim? To send a message, not only to Warren but to everyone else who might be contemplating doing acts of kindness for illegal immigrants: Don't even think of it because we will target you with a federal prosecution and do our best to put you into a federal hoosegow for the next several years of your life.

Enter the jury system, a system that federal officials detest, as manifested by their beloved kangaroo military tribunal system that they have established in Cuba for terrorism prosecutions. No jury trials there. Federal officials would much prefer that federal judges, many of whom are former prosecutors, or military officials decide the guilt or innocence of people they prosecute rather than regular people from the community serving as jurors.

Are Housing Markets Still Clearing Out the Trash of the Last Bust?

A New Definition of Warfare

The Real Reason Why Roe v. Wade Should Be Reconsidered

Secession Is the Answer to Building a Free Society