> Rise of the Superbugs: Bacteria Are Outsmarting Humans. - Freedoms Phoenix 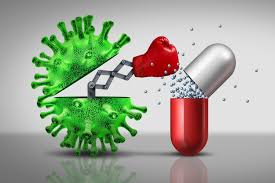 It is getting hard to keep track of all the recalls and outbreaks associated with foodborne illness lately. In the last month, apples, vegetable products, meat, and fish have all been recalled for possible Listeria contamination. In the same time frame, a Salmonella outbreak that has been linked to ground beef has been making the rounds, and an E. coli outbreak has been linked with packaged salad products (romaine lettuce is once again the suspect).

What is the reason for all of these recalls and outbreaks? Cat Ellis summed it up in the article Here's Why There Are SO MANY Food Recalls Lately:

Our centralized, industrialized food system is at the heart of the increase in food contamination and recalls. Modern farming and modern food manufacturing methods are breeding grounds for bacteria. (source)

To make matters worse, superbugs are rapidly becoming a serious threat, and we are running out of ways to kill them. Several new studies and reports shed light on just how dire the situation is.

In the future, superbugs will kill millions every year.

Earlier this year, the World Health Organization (WHO) warned that by the year 2050, 10 million people worldwide could die each year from antibiotic-resistant bacteria. Currently, the WHO estimates that 700,000 people globally die from infection with drug-resistant microbes every year. At that point, these "superbugs" will have surpassed cancer, heart disease, and diabetes to become the main cause of death in the human race.

Superbugs are bacteria that have developed resistance to one or more classes of antibiotics, rendering those antibiotics less effective in treating infections. They are also known as antimicrobial-resistant bacteria (ARB).

One of the reasons antibiotic resistance is a growing problem is their widespread use in animals raised for food.

According to a recent study published in the journal Science,

There is a clear increase in the number of resistant bacterial strains occurring in chickens and pigs.

Globally, 73% of all antimicrobials sold on Earth are used in animals raised for food. A growing body of evidence has linked this practice with the rise of antimicrobial-resistant infections, not just in animals but also in humans. Beyond potentially serious consequences for public health, the reliance on antimicrobials to meet demand for animal protein is a likely threat to the sustainability of the livestock industry, and thus to the livelihood of farmers around the world. (source).

The CDC recently published a report on Antibiotic/Antimicrobial Resistance, which revealed that more than 2.8 million antibiotic-resistant infections occur in the U.S. each year, and more than 35,000 people die as a result. In addition, 223,900 cases of Clostridioides difficile occurred in 2017 and at least 12,800 people died.

Clostridioides difficile (C.diff) is of special concern because it causes a dangerous infection that is linked to antibiotic use. It can cause deadly diarrhea when antibiotics kill beneficial bacteria in the digestive system that normally keep it under control. When the C. diff. illnesses and deaths are added, the annual U.S. toll of all these pathogens is more than 3 million infections and 48,000 deaths.