> They May not Have Compared Him to Truman for Nothing! - Freedoms Phoenix 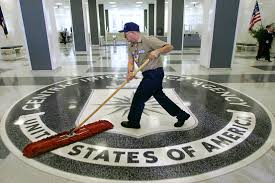 As we worry over domestic stupidity and real threats to our rights at home, living in and under a whack-a-mole surveillance state that pops up everywhere and never shrinks, in the face of an impeachment and re-election crisis in 2020, it is important that all Americans realize that the US will be conducting a nuclear first strike on Iran in the near future using these.  It doesn't matter that Trump ran on a constitutionally aligned foreign policy of non-intervention.  He may or may not be in charge of the machine.  Our CIA has been quite effective in Bolivia and the Ukraine, somewhat in Bolivia and Chile, not very in Hong Kong, and sloppily murderous in Syria and Libya.  But the apple of the CIA eye is the war that will both consolidate state power everywhere and finally as an afterword, explode the US empire, a war currently being made on Iran.

The latest visit by Chemical Gina to the Saudi King Salman, apparently reminding him they had the dirt on him (and for all we know, may have assisted) with Kashoggi's murder tells me that US forces will stay in the region until they are done, or done for. I don't know if Trump's largely failed attempts to bring troops home or his more successful efforts to fire his security and DoD team one by one are being done to prep for a bigger fight, or as a way of slowing the roll.

There are structural barriers to this coming US attack from the Gulf Cooperation Council itself, from a possible disruption of Netanyahu's grip on power, or a happy accident that reduces the US military footprint around the world.  The US stands for nothing cohesive, nothing constitutional, and nothing good in the Middle East.  It's frightening that only Trump's mood (or the deep state's perception of his grip on power) on a given day stands in the way of the second US first use of nuclear weapons against a weak economically battered and poorly led country that all the right people love to hate.

The Pentagon's and CIA's Power to Assassinate Americans