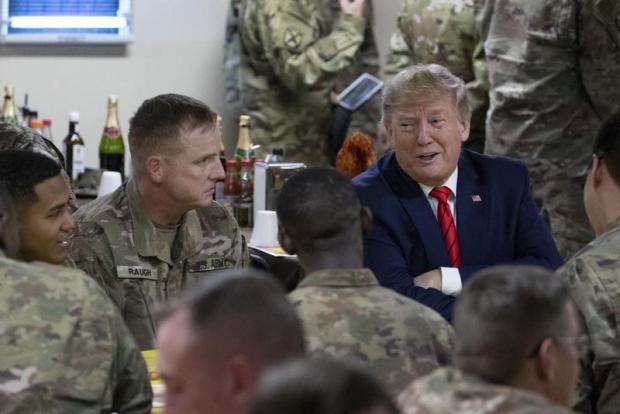 The fired journo, Jessica Kwong, wrote in an article entitled "How is Trump Spending Thanksgiving? Tweeting, Golfing and More," that the president "has been spending his Thanksgiving holidays at his Mar-a-Lago resort in Palm Beach, Florida."

The golfing claim comes later in the article, as Kwong notes that Trump played golf on Thanksgiving Eve "from mid-morning to mid-afternoon." The headline, of course, suggests Trump golfed on Thanksgiving.

After Trump popped up in Afghanistan, Kwong and Newsweek took heat over Twitter for refusing to edit the article or delete the viral tweet promoting the lie.

This caught the attention of the Trump family, who promptly called out the beleaguered news outlet:

Eventually, Kwong caved by deleting her tweet, and Newsweek edited the article - at first with no mention of the edit, and then an editors note only after virtually the entire piece had been rewritten.