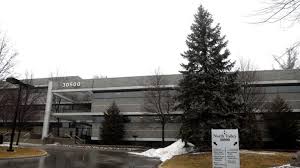 There are only so many border patrol agents and a ton of territory to cover. U.S. Immigration and Customs Enforcement (ICE) has been suffering a lot of criticism for its determination to get a handle on the border crisis, especially since President Donald Trump took office. And now the federal agency is coming under fire again, this time for using a fake university to catch recruiters using the system to get money while aiding illegals and foreign students trying to remain in the U.S.

Mainstream media is mostly reporting on how horrible it is that these students, who are only trying to better their lives, have been duped by the government. True, they were charged tuition fees for a school that didn't even exist. But there's much more to the story than that.

First, let's start off with the fact that this was not a Trump administration program. Yes, you read that right.

The fake university "scheme" began during Barack Obama's reign, but we all know the president will be the one criticized for it. One need only remember the detention facilities (set up before Trump) being compared to concentration camps and holding babies in cages to know how this one is going to turn out.

Of the 600 or so students "enrolled" in the fake Michigan-based University of Farmington, approximately 250 have been arrested since January. About 80% of those arrested were granted voluntary departure from the country and another 10% were given deportation notices. The other 10% are fighting the arrest and have either contested the deportation orders or have filed for relief.  One student was even given permanent resident status by an immigration judge.