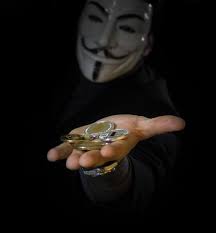 According to the November 29 announcement, the 36-year-old Griffith was arrested at the Los Angeles International Airport, and will be charged with conspiring to violate the International Emergency Economic Powers Act (IEEPA). The charges carry a maximum term of 20 years in prison. U.S. Attorney Geoffrey S. Berman stated:

"As alleged, Virgil Griffith provided highly technical information to North Korea, knowing that this information could be used to help North Korea launder money and evade sanctions. In allegedly doing so, Griffith jeopardized the sanctions that both Congress and the president have enacted to place maximum pressure on North Korea's dangerous regime."

The IEEPA prohibits any U.S. citizens from exporting any goods, services, or technology to the DPRK without a license from the Department of the Treasury, Office of Foreign Assets Control.

Griffith, a U.S. citizen living in Singapore, was previously denied permission to travel to the DPRK by the U.S. Department of State. Griffith went against the decision and presented at the DPRK Cryptocurrency Conference, violating the U.S. sanctions against the DPRK.

"You Killed Our Geniuses"