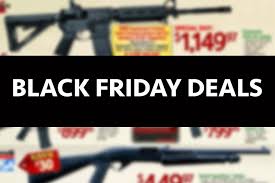 The FBI fielded more than 200,000 background checks on Black Friday gun purchases, continuing a steady surge this year following a series of mass shootings that have renewed calls for more restrictive gun laws.

While background checks, required for purchases at federally licensed firearm dealers, are not a measure of actual gun sales, the National Instant Criminal Background Check System is a way to gauge market demand. The number of firearms sold Friday is likely higher because multiple firearms can be included in one transaction by a single buyer.

Black Friday traditionally has been one of the busiest for FBI analysts, but this year's one-day number comes amid rising monthly volumes that are approaching the one-year record of 27.5 million in 2016.

Some of the biggest spikes came in August and September after attacks in El Paso and Odessa, Texas, and Dayton, Ohio, that left 38 people dead.