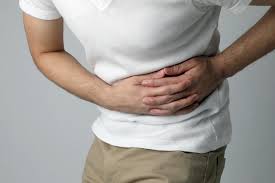 Every year, more than half a million Americans visit the emergency room for kidney stone problems. In most cases, the stones eventually pass out of the body on their own, but the process can be excruciatingly painful.

Researchers at MIT and Massachusetts General Hospital have now devised a potential treatment that could make passing kidney stones faster and less painful. They have identified a combination of two drugs that relax the walls of the ureter—the tube that connects the kidneys to the bladder—and can be delivered directly to the ureter with a catheter-like instrument.

Relaxing the ureter could help stones move through the tube more easily, the researchers say.

"We think this could significantly impact kidney stone disease, which affects millions of people," says Michael Cima, the David H. Koch Professor of Engineering in MIT's Department of Materials Science and Engineering, and the senior author of the study.

This kind of treatment could also make it easier and less painful to insert stents into the ureter, which is sometimes done after a kidney stone is passed, to prevent the tube from becoming blocked or collapsing.

Christopher Lee, a recent PhD recipient in the Harvard-MIT Division of Health Sciences and Technology, is the lead author of the study, which appears today in Nature Biomedical Engineering.

Kidney stones are made from hard crystals that accumulate in the kidneys when there is too much solid waste in the urine and not enough liquid to wash it out. It is estimated that about one in 10 people will have a kidney stone at some point in their lives.

Several years ago, Cima and Brian Eisner, who co-directs the Kidney Stone Program at MGH and is also an author of the paper, began thinking about ways to improve the treatment of kidney stones. While some larger stones require surgery, the usual treatment plan is simply to wait for the stones to pass, which takes an average of 10 days. Patients are given painkillers as well as an oral medication that is meant to help relax the ureter, but studies have offered conflicting evidence on whether this drug actually helps. (There are no FDA-approved oral therapies for kidney stones and ureteral dilation.)

Cima and Eisner thought that delivering a muscle relaxant directly to the ureter might offer a better alternative. Most of the pain from passing a kidney stone arises from cramps and inflammation in the ureter as the stones pass through the narrow tube, so relaxing the muscles surrounding the tube could help ease this passage.

Around this time, Lee, then a new student in MIT's Health Sciences and Technology program, met with Cima to discuss possible thesis projects and became interested in pursuing a kidney stone treatment.