> Gundlach: Stocks 'Will Get Crushed' In The Next Downturn - Freedoms Phoenix 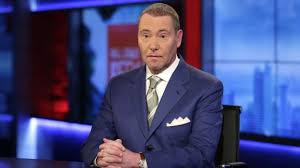 Gundlach said 2019 was the year when investors could pick "just about anything...Just throw a dart, and you're up 15-20%, not just the United States, but global stocks as well." He warns that it could all change in 2020, as a recession is fast approaching.

He shared his "chart of the year," which divides global equities into four regions (the US, Japan, Europe, and Emerging Markets). What it shows is an alarming market top forming in US stocks, similar to what happened with the Nikkei 225 in the early 1990s or the Euro Stoxx 50 Index in the late 1990s or MSCI Emerging Markets in 2007/2008.

"So, where are we today? Today, we have the S&P 500 is killing everybody else over the last ten years, almost 100% outperformance versus most other stock markets," he said.

"My belief is that pattern will repeat itself," said Gundlach, who has spent much of 2019 warning of a downturn ahead of the 2020 elections.

"In other words, when the next recession comes, the United States will get crushed, and it will not make it back to the highs that we've seen, that we're floating around right now, probably for the rest of my career, is what I think is going to happen," he added — suggesting that a recovery won't be seen for years.

Futures Hit Record High On Optimism That "Corona Is Contained"

Resistance Is Futile - When Does The FOMO Momo Say No Mo'?