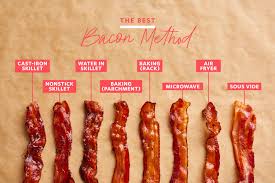 People often joke that bacon makes everything better. I tend to agree. I use it a lot as a flavoring agent in recipes — a slice or two to infuse a pot of dried beans with porky richness, for example. But on #treatyoself days, I'll cook up a mess of bacon as a more substantial component to a dish, or as a standalone food. This is the bacon to pile onto burgers or BLTs, or to enjoy alongside pancakes or waffles, dragging the strips through syrup or runny egg yolks.

Yet I've never had a consistent, go-to method for cooking that bacon. I've cooked it in a skillet and in the oven, and I've resorted to the microwave when I was in a hurry. I've read about air fryer and sous vide methods I'd like to try, as well as other hacks for easier cleanup or better texture.

To find which method or methods work best, I tested eight that are touted by trusted website sources and compared the results side-by-side. My house smelled amazing, by the way, and my sons and husband were delighted to help me taste test. 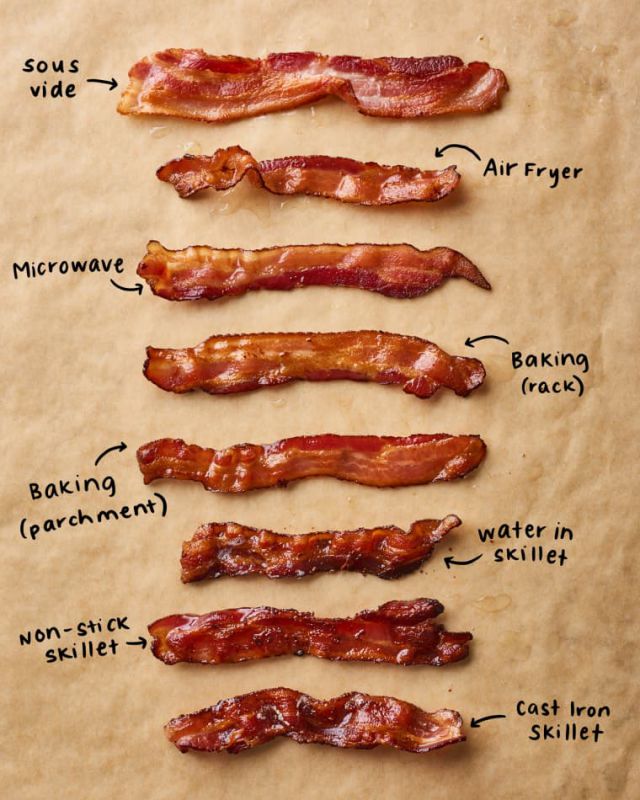 A Few Notes About Methodology

Tests: I tried each method twice — once with regular-cut bacon and once with thick-cut. For each method, I tested the number of bacon slices that fit into the cooking vessel (skillet, sheet pan, air fryer basket, etc.) and made note of that in my description.

Time: The time listed is the cooking time; any preheating time is noted separately. I did not list cleanup time.

Ratings: I rated each cooking method on a scale of 1 to 10, with 10 representing perfection. Texture, cook time, ease of preparation, cleanup, and appearance all factor into the ratings. 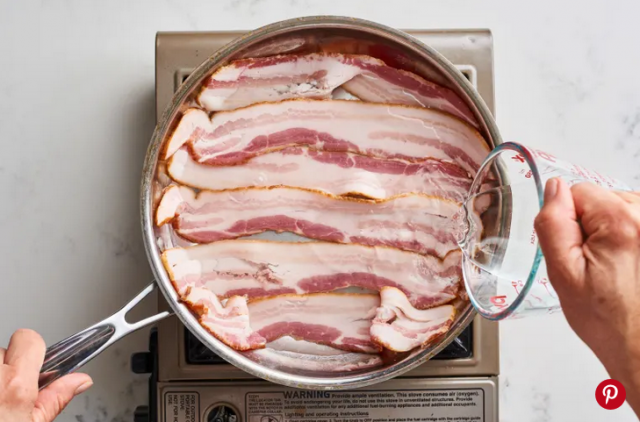 The theory here is that the water "keeps the initial cooking temperature low and gentle, so the meat retains its moisture and stays tender." The site doesn't specify what type of skillet to use, so I went with stainless steel, which is shown in the accompanying photo. There are no instructions to flip the bacon as it cooks, but I did (once the water evaporated) to make sure both sides were crisped.

The bacon stuck to the pan, and it cooked inconsistently, with crispier parts and chewier parts on each slice. I had noticeable shrinkage with the regular-cut bacon (but not so much with thick-cut). The thick-cut bacon also curled up a good bit, while the regular-cut stayed flat, and there was more popping and sputtering than I'd noticed with other stovetop methods. Cleanup was a bit of a hassle because after the water cooked off, the skillet was covered with a sticky film that just adhered more firmly to the pan as the bacon finished cooking. I had to soak and scrub the skillet to get it clean.

Clever hack showing how to peel a boiled egg in under 10 seconds using a glass of water...