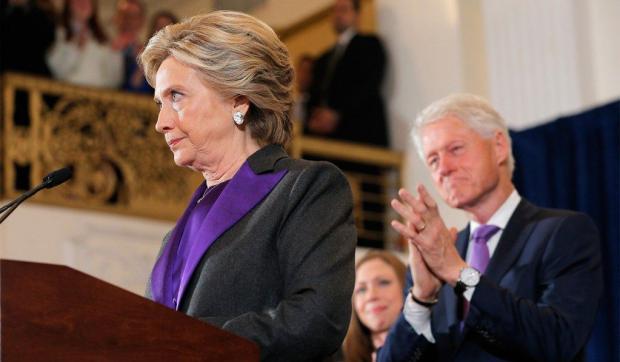 An emissary for two wealthy Arab princes boasted to unnamed officials of a Middle Eastern government about his direct access to Hillary and Bill Clinton while funneling more than $3.5 million in illegal campaign contributions to the former secretary of state's 2016 presidential campaign and Democratic fundraising committees, according to a federal indictment announced by the Justice Department this week.

"Wonderful meeting with Big Lady. … Can't wait to tell you all about it," George Nader allegedly wrote to an official of one of the foreign governments he advises in the Middle East after attending a political fundraiser with Hillary Clinton on April 16, 2016. Nader, a lobbyist, convicted sex offender and key cooperating witness in the Robert Mueller investigation, was brought to the Clinton fundraiser as the guest of Ahmad Khawaja, the founder and CEO of Allied Wallet, a Los Angeles payment-processing company.

Nader would soon be directing millions to Khawaja's accounts in order to gain entry to similar events without disclosing his involvement or the source of the funds, according to the indictment's charges.

Even while they illegally funneled cash to Hillary Clinton's campaign, Nader talked about the need to also cultivate then-candidate Donald Trump, reporting to the unnamed foreign official that he and his co-conspirators were developing a "constructive relationship with both camps," according to the indictment. After the election, the indictment alleges, Allied Wallet illegally contributed $1 million to the Trump inauguration for VIP tickets, with Khawaja taking Nader and Rudy Dekermenjian, an attorney for Allied Wallet also charged in the indictment, as his guests.

The detailed 64-page indictment comes amid an intense controversy over foreign influence in U.S. elections — a central theme in the debate over the impeachment inquiry into the president. While the charges allege that Nader provided large sums of cash that were unlawfully reported as coming from Khawaja, his wife and other so-called straw donors, prosecutors did not specifically allege that the funds came from overseas. But they show how Nader regularly reported via WhatsApp messages to one of his foreign clients on his political fundraising efforts  amid tantalizing coded references.

Asked whether they intend to return the allegedly unlawful contributions, representatives of the Clinton campaign, the DNC and Priorities USA — one of the Democratic fundraising committees involved — did not respond to a request for comment.

Nader is in federal custody after his arrest earlier this year on other charges; his lawyer did not respond to a request for comment. Khawaja's whereabouts are unknown.

Nader's attendance at donor events with Hillary Clinton, her husband and people in her orbit allegedly continued through the remainder of the campaign season. The approach to Hillary Clinton was facilitated by Khawaja's illegal contributions and reported regularly via WhatsApp by Nader to his contacts in the unnamed Middle Eastern country, which the indictment refers to as "Foreign Country A."

At one point in mid-July, Nader sent a government official of Foreign Country A a photo of himself with Bill Clinton taken in Khawaja's house.