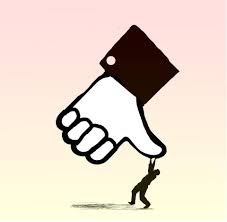 Endorsed by Google, Microsoft and Facebook, as well as by the governments of France, Germany and Ghana, Berners-Lee's Contract for the Web emphasizes the "need" for stronger laws and regulations to create "a road map to build a better web."

"If we don't act now – and act together – to prevent the web being misused by those who want to exploit, divide and undermine, we are at risk of squandering" the internet's potential for good, Berners-Lee said in a statement issued by his World Wide Web Foundation.

The final version of Berners-Lee's Contract for the Web was released just in time for a four-day United Nations Internet Governance Forum that took place in Berlin, Germany, recently. Its stated goal is "to ensure pursuit of profit is not at the expense of human rights and democracy."

"Citizens must hold those in power accountable, demand their digital rights be respected and help foster healthy conversation online," he's quoted as saying.

Berners-Lee first came up with the idea of a global internet back in 1989 when he was working at the CERN particle physics lab in Geneva, Switzerland. He originally envisioned it as a platform through which scientists could share information with one another about their research.

The internet has since burgeoned into a ubiquitous "connectedness" tool that everyday people can now access on their computers, smartphones, televisions and other electronic devices – though its true accessibility is under assault by Big Tech.

With censorship on the rise, Berners-Lee has taken the opportunity to introduce his Contract for the Web at a time when digital freedom hangs in the balances. But the fact that Google, Facebook, and other tech giants are onboard with it suggests that this so-called "digital rights" document is nothing more than a ruse.

Berners-Lee's WWW Foundation claims that its Contract for the Web is needed because politicians are manipulating the news media, which is the same claim being made by tech giants like Google and Facebook that are censoring political speech that they find "offensive" or "misleading."

There's also a push to expand access to a more controlled version of the internet into "emerging and developing countries," seeing as how nearly half of the planet doesn't currently go online.

"Free access to the internet must be a fundamental human right, valid for people around the world," says German economy minister Peter Altmaier.

CENSORSHIP ON STEROIDS: The TRUTH About BILL C-10 And The Great...