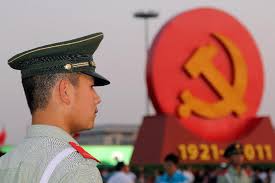 According to Vice, the course, titled "NYU Shanghai Chinese National Student Civic Education," includes a lesson in which students watch a video about "Promoting the Prosperity and Development of Socialist Culture with Chinese Characteristics."

The course syllabus lists multiple trips that students take as part of the course, such as a visit to the Longhua Memorial Cemetary and one the Shanghai War Memorial. Both locations celebrate and honor those who have died fighting for the communist party.

The course syllabus also reportedly states that the classes are not taught by NYU professors, but rather from other Shanghai universities.

This course was very much kept a secret, without ever being listed along with other courses. Students who were required to take the course were only informed about the new class via WeChat, a chat application used in China.

The course was introduced during the 2018-2019 school year over winter break and was not listed on the class registration system, according to the report.