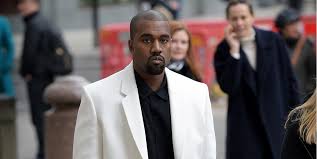 If you only know Kanye West from his music (or the Award Show Interruption Heard Round the World), you would be forgiven for being more than a little surprised by the headline above. But there are few things about Kanye West that aren't surprising.

This past summer, Kanye began work on a new housing community in Los Angeles, developing a series of dome-like structures on a 300-acre plot he owns. The plan was to treat the nascent community as low-income housing, with the long-term goal of creating a community that would "break the barriers that separate classes," according to Kanye himself.

California faces one of the largest homelessness crises in the nation, and Kanye was experimenting with ways to address that on his own property, on his own dime. It would have cost the government nothing to allow him to try to solve the problem.

Yet not long after work started, city officials, spurred by complaints from neighbors incensed by the noise from the construction, informed Kanye he had to either acquire certain permits, or tear down the structures. Ultimately, the project was scrapped and the structures were destroyed.

The Drug War Has Destroyed Mexico