> The Taboo Against Truth - Freedoms Phoenix 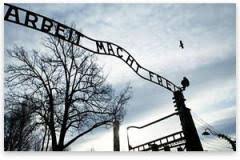 Last fall [1988 —Ed.] the Moscow News reported the discovery by two archaeologist-historians of mass graves at Kuropaty, near Minsk, in the Soviet republic of Byelorussia.1 The scholars at first estimated that the victims numbered around 102,000, a figure that was later revised to 250–300,000.2 Interviews with older inhabitants of the village revealed that, from 1937 until June 1941, when the Germans invaded, the killings never stopped. "For five years, we couldn't sleep at night because of all the shooting," one witness said.

Then in March, a Soviet commission finally conceded that the mass graves at Bykovnia, outside of Kiev, were the result not of the Nazis' work, as formerly was maintained, but of the industry of Stalin's secret police. Some 200–300,000 persons were killed at Bykovnia, according to unofficial estimates.