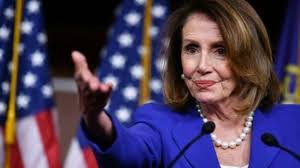 Originally, Democrats were accusing President Trump of bribery, extortion and various campaign finance violations, but the facts didn't fit any of those crimes, and so they were abandoned.  Instead, Democrats have drafted articles of impeachment focusing on "abuse of power" and "obstructing Congress", and if this process was not so serious there would be howls of laughter all over the nation.  I think that a bunch of five-year-old kids on a sugar high could have probably come up with something better than this.  For the Democrats, this is a failure of epic proportions, and history will not remember them kindly.

The U.S. Constitution sets a very high standard for impeaching a president.  In Article II, Section 4 it says the following: "The President, Vice President and all Civil Officers of the United States, shall be removed from Office on Impeachment for, and Conviction of, Treason, Bribery, or other high Crimes and Misdemeanors."

So in order for President Trump to be impeached and removed from office, he must be convicted of treason, bribery or some other crime.

But nowhere in federal law is "abuse of power" defined as