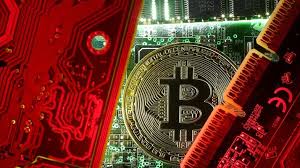 According to a press release, Matthew Brent Goettsche, 37, of Lafayette, Colorado; Jobadiah Sinclair Weeks, 38, of Arvada, Colorado; and Joseph Frank Abel, 49, of Camarillo, California were indicted on charges of conspiracy to commit wire fraud (Goettsche and Weeks) and conspiracy to offer unregistered securities through their participation in BitClub Network, a mining pool. The news was first reported by BNN Bloomberg.

The alleged scammers created false figures meant to demonstrate BitClub's earnings from its bitcoin mining pool to its investors between April 2014 and December 2019.

An attached indictment showed how Goettsche and an unidentified individual planned how to make their fake numbers look "real" by providing daily earnings inconsistent on a day-to-day basis.

"Goettsche discussed with his conspirators that their target audience would be 'dumb' investors, referred to them as 'sheep,' and said he was 'building this whole model on the backs of idiots,'" the release said.

Investors were encouraged both to purchase shares of the mining pool, as well as "rewarded" for bringing on new investors.

Goettsche allegedly directed his co-conspirators to raise and lower the Ponzi's supposed earnings at various times, while Weeks apparently sent an email in mid-2017 which noted BitClub's shareholder funds were not used to purchase more mining equipment.

In a statement, John Tafur, Special Agent in Charge of the IRS-Criminal Investigation group's Newark field office said, "today's indictment alleges the defendants were involved in a sophisticated Ponzi scheme involving hundreds of millions of dollars that preyed upon investors all over the world."

The scam was "a classic con game" with a crypto twist, he said.

BitClub has long been an active player in the crypto space too. The pool claimed to receive $136,000 as part of an errant bitcoin transaction fee, of which it donated half to the Bitcoin Foundation in 2016.

US Home Prices Accelerate At Fastest Pace In 9 Months