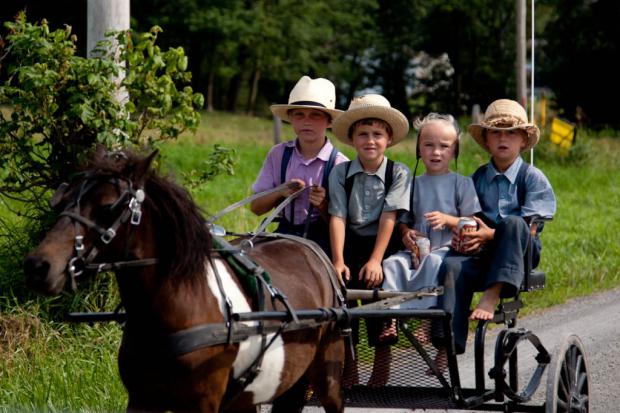 (Natural News) Because New York State has banned religious exemptions from "mandatory" vaccination, the Amish who live there are now being targeted by the state's rogue Supreme Court, which recently decided that all Amish children attending private Amish schools must be vaccinated – no exceptions.

Attorney Jason Mermigis from Long Island has been fighting on behalf of the Stoltzfus family to preserve their God-given right to not vaccinate their children. The Stoltzfus children attend a private Amish school known as Cranberry Marsh, located in Romulus, a town roughly halfway between Rochester and Syracuse.

All 24 of the students who currently attend Cranberry Marsh, including the Stoltzfus children, are unvaccinated, as were their predecessors – the Amish generally don't vaccinate their children, and they're much better off because of it.

Mermigis had claimed in court that forcing the Amish to vaccinate their children against their will, in compliance with New York's elimination of religious vaccination exemptions, represents an unconstitutional infringement on religious rights. But Supreme Court Justice Daniel Doyle patently rejected this claim, meaning the Amish in New York have no further recourse other than to move somewhere else.

"I think that's a serious, you know, infringement of religious freedoms and religious rights," Mermigis is quoted as saying. He added that forcing the Amish to vaccinated their children represents a "betrayal of (their) faith in God," meaning the government of New York is now a religious oppressor.

"I think this decision is callous," Mermigis further added. "I think it's ignorant."

If Amish schools in New York refuse to comply with Supreme Court ruling, they could be fined up to $2,000 per day, per student

While the state health department has refused to comment on this pending litigation, New York law dictates that schools can be fined up to $2,000 per day for each unvaccinated student that's in attendance. For Cranberry Marsh, this could translate in $48,000 per school day in fines.

Even though the Amish tend to stick to themselves and rarely come into contact with anyone else, Seneca County public health director Vickie Swinehart – an appropriate last name – has stated that the Amish still have to vaccinate their children or else be forced to at gunpoint.